See below for more information on this exciting course, open to both undergrads and grad students:

Description:
This seminar will explore academic careers in engineering including what
graduate students should know as they contemplate their next career steps.
Invited speakers will share their own personal experiences.  The entire
seminar is discussion-based.

Topics covered may include:

Looking for something fun to do next Wednesday, as well as a great networking opportunity? 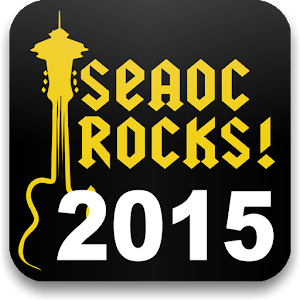 Please join us at the Lucky Strike VIP Luxe Lounge in Bellevue for the SEAOC ROCKS! Convention YMF After Party! This is a great opportunity to network with not only the young members of SEAQ but SEAOC as well! There will be bowling and other fun games for prizes. This is a 21+ event, so be prepared to have a great time!

Come to the Seminar on Experiments and Simulation of Hypersonic Vehicle Structures!

Synopsis: The Structural Sciences Center (SSC) is a small research group within the Air Force Research Lab (AFRL) at Wright-Patterson AFB, Ohio, focusing on the analysis, experimentation and development of hypersonic hot-structures.  Hypersonics is flight greater than Mach 5, where aerodynamic heating dominates.  There have been very few successful air-vehicles to fly at hypersonic speeds, and only one, the X-15, that has done so with a “hot-structures” design.  Hot-structures, unlike thermal protection system based vehicles e.g. the NASA Space Shuttle orbiter, carry flight/maneuver loads at extreme temperatures.  The analysis and design challenges are immense, proving to be a fertile, multi-discipline research area.

Dennis P. Lettenmaier is a Distinguished Professor of Geography at the University of California, Los Angeles with interests in hydrologic modeling and prediction, hydrology-climate interactions, and hydrologic change. He is an author or co-author of over 300 journal articles. He was the first Chief Editor of the American Meteorological Society Journal of Hydrometeorology, and is a past President of the Hydrology Section of the American Geophysical Union. He is a member of the National Academy of Engineering. More about Professor Lettenmaier »

When I started my career in hydrology with Steve Burges, now over 40 years ago, I found myself working on two kinds of problems. The first was water quality network design, the topic of my dissertation. That work was motivated by a seminal 1971 Science paper by Reds Wolman, titled “The nation’s rivers”.  I also found myself drawn to an area of work broadly defined as streamflow synthesis, which was linked to problems of hydrologic risk analysis, in part for reservoir system design. At the time, I certainly didn’t realize that the era of construction of large dams, which motivated most of that work, had already ended.  While research on other aspects of risk analysis (e.g. floods) continued, there was a period early in my career when the community seemed to be searching for its identify.  In my view, that period ended with publication by NRC of the so-called Eagleson Report in 1990, which was more or less coincident, although not linked, to early planning for NASA’s Earth Observing System (the first of the two EOS satellites was launched in 2000). Both events lead to fundamental changes in the nature of the work the community was and is doing, not to speak of the capabilities of faculty members whose careers started less than about 25 years ago. I include a number of “before” and “after” examples of work done in the two eras, and some thoughts on challenges going forward.

The Burges Lectureship brings to the University distinguished practitioners in the field of Civil and Environmental Engineering to broaden the horizons of engineering students and professionals beyond the purely technical challenges of our times.

This is a reminder that there is a Facebook group for current graduate students in CEE to be able to connect with each other.  Membership is strictly voluntary and is not required.

NOTE: Posts are governed by the same rules of conduct as in class. Respect for others is imperative. This forum is not to be used for political purposes. If you make inappropriate postings, your access to the list will be removed. (We are sure this will not be a problem, but want to be sure everyone is aware of the rules.)

If/when you decide it’s time to leave the group, there are two options:

If you are a new graduate student in the CEE department this fall, please stop by to get your student photo taken on one of the following days.

The Department of Civil and Environmental Engineering is currently accepting
applications for the position of Lab Assistants for the Autumn Quarter
course, CEE 317 “GeoSurveying.” This position does not require office
hours.

To be eligible for a position as Lab Assistant for CEE 317, you should have
taken the course at the UW.
A working knowledge of AutoCAD is a plus.

CEE 317 labs take place Monday through Thursday from 1:30 to 4:30pm, so lab
assistants work a minimum of 4 hours per lab per week (at the pay rate
stated below). You may request to work with as many labs sections as your
time allows. Lab assistants will not hold office hours, and all
instructions will be given by Prof. Ahmed, except for a pre-written AutoCAD
handout that assistants may have to discuss with students.

END_OF_DOCUMENT_TOKEN_TO_BE_REPLACED

Graduate students are required to maintain graduate status during their program of study. Failure to maintain this status requires reinstatement to the University of Washington. Students who desire to take a quarter, or quarters, off without going through the reinstatement process must apply for on-leave status for each quarter they do not register.

Summer quarter On-Leave enrollment is automatic for all graduate students who were either registered or officially On-Leave during the prior Spring Quarter.

Students who fail to register or go On-Leave for Autumn, Winter or Spring quarters will need to pay a $250 Reinstatement fee.

For more information, refer to the Graduate School Memo #9:
http://www.grad.washington.edu/policies/memoranda/memo09.shtml

Hi all,
A friendly reminder about safety and security in More Hall.

More Hall hours are from 6 AM to 7 PM on weekdays. During this time, the
external doors are unlocked and provide access to all, including those with
ill-intent. Theft and trespassing are recurring problems on campus.

Please be mindful to safeguard our space, research, and belongings:
• After hours, never allow a stranger to enter the building behind you
• Lock your doors, even when More Hall is closed
• Never leave entry/exit doors propped open
• Secure your personal belongings (laptops, etc.)

END_OF_DOCUMENT_TOKEN_TO_BE_REPLACED

The most current blog postings
are listed first on the page. To
look for all postings on a specific
topic, like internships, please
use the Categories links below.