Happy Holidays! Hope that all of you are doing well and enjoying this busy time of year. The COASST office is a bit quiet this month, as most of our fantastic 22 interns are off enjoying winter break.  We’re looking forward to having them back in January! 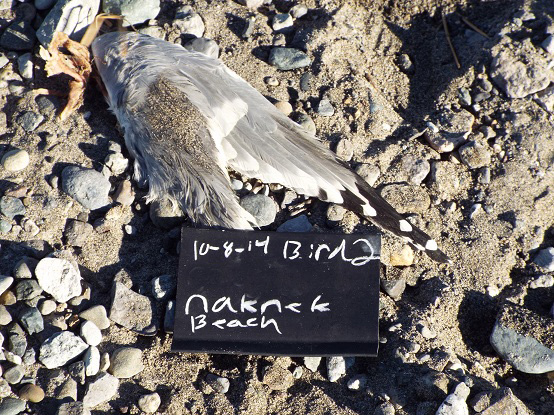 One wing leaves us only one option: the wing key (or table)!

Alaska wing key (page 44):
Choose gray (go to Q25), choose dark wingtips with white windows and fingernails: Mew Gull is the only one that fits!

West Coast wing key (page 33):
Choose gray (go to Q10), wingtips contrast, dark-to-black (go to Q12), solid gray except for wingtip (go to Q13):
Mew Gull (LA17)
Ring-billed Gull (LA11)
California Gull (LA9)
Only one of these has a white “knuckle” band across the primaries (from the feather tip, a white-black-white-gray pattern).

We can eliminate the WEGU, HEGU and CATE (wing chord too large). Now we’re left with MEGU, RBGU and CAGU – only the MEGU has a white “knuckle” band across the primaries (from the feather tip, a white-black-white-gray pattern). 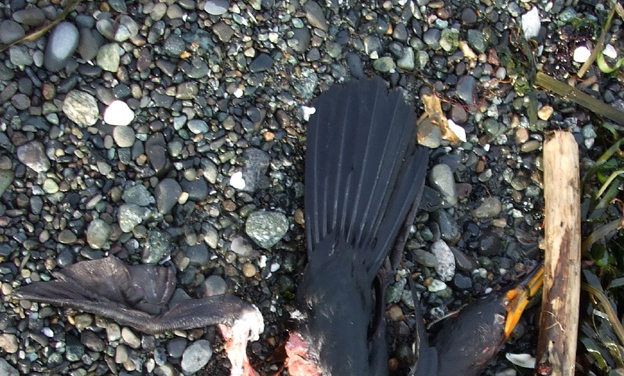 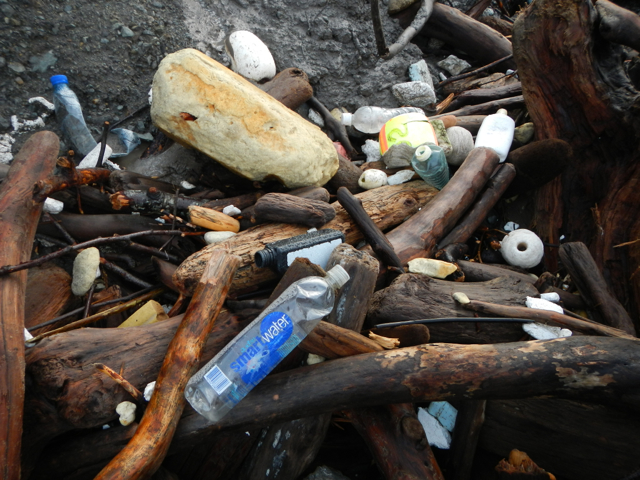 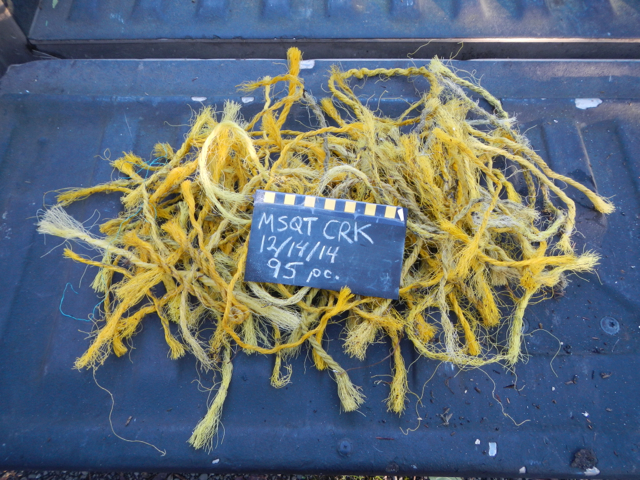 For those of you who surveyed following the big storm that affected the lower states last week, was your experience like Mike and Chiggers’ at Mosquito and Goodman beaches on December 14th? They found a “wreck” of foam, rope fragments, and plastic bottles (hundreds!). 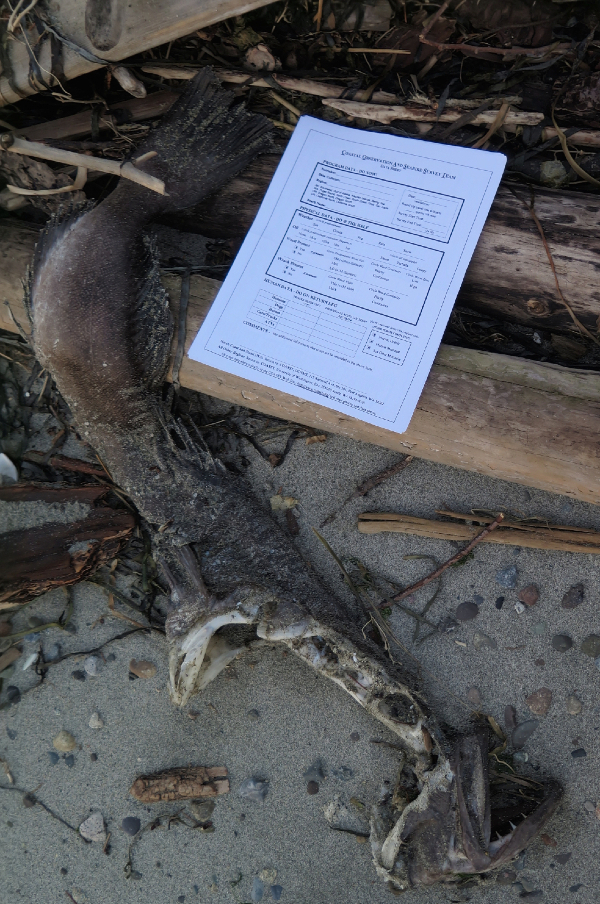 Have you seen any interesting fish wash in to your beach? Take a look at this one found by Julia at Cowlitz Bay (WA) on December 7. Duane Stevenson, a NOAA Fish Biologist, verified this to be a lingcod, as Julia suspected (Great job, Julia!). Lingcod are sometimes called “bucketheads” because they have a really large head and a large mouth.  They also have 18 sharp needle-like teeth (shown here in Julia’s photo). Lingcod grow very quickly and reach up to 5 feet in length!

Speaking of fish, Lee and Sue who survey Three Crabs Beach (WA), recently mentioned that a few years ago, they encountered a lancetfish that had washed in. A very cool rare find!