It continues to be an interesting beached bird year, as moribund and dead Common Murres are washing in in higher than usual numbers, perhaps 3-6 times “normal” (long-term average).

Many of you have sent in data already – thank you! These data are critical for capturing the geographic extent and magnitude of the event. If you find that you have a lot of birds on your next survey, don’t forget that you can expedite the processing of birds when there are many carcasses on the beach (see also COASST Protocol page BB 36-37):

Many folks have been asking about the cause of this “wreck.” COASST is working closely with our partners to pull together the pieces of the story– what species are dying where and when, how that contrasts to baseline (long-term average), what the clues are for the cause of death, and whether these and other die-off events are linked to one another.

Specimens collected from the AK Peninsula and Grays Harbor County, WA are undergoing diagnostics to determine the cause of death. Whether that is food scarcity, poisoning (as in from a harmful algal bloom), bad weather, juvenile ineptitude, or a combination, is often difficult to determine. Almost all beached birds die of starvation and are emaciated at the time of death, so determining what caused them to stop eating is often the larger question. Getting this big picture takes time, and we are unlikely to find a singular “smoking gun.”

We’ll continue to keep you informed as we learn more.

For now, let’s take a look at what’s washed in: 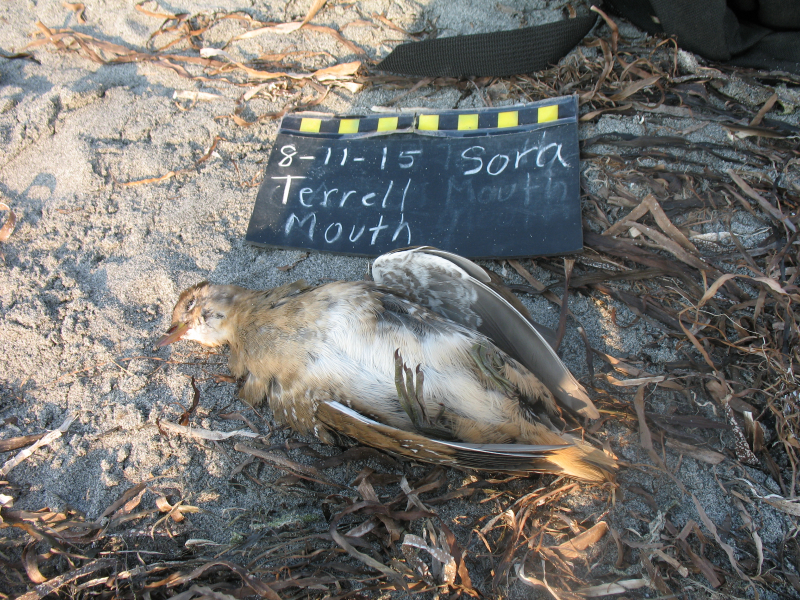 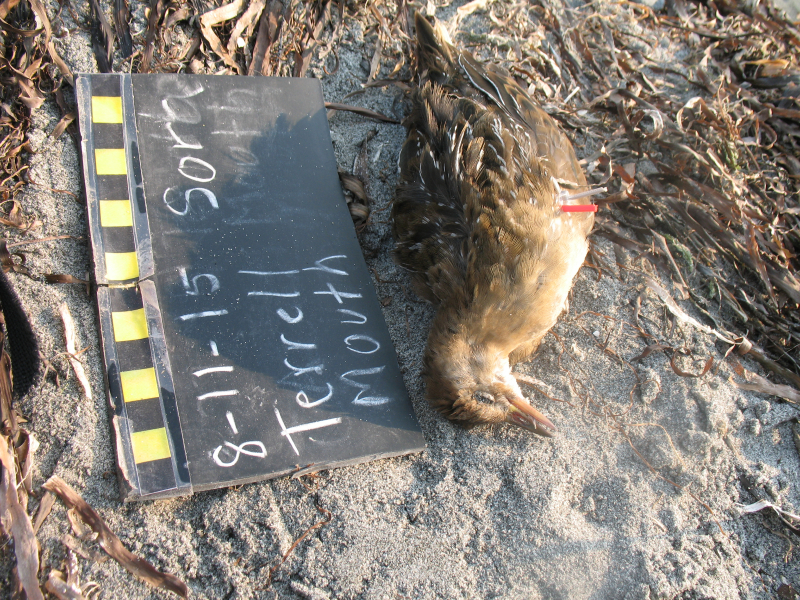 This month brought a new species for COASST, found by Betsy and Bob at Terrell Mouth (WA).

Here, there only a couple options: Dunlin and Whimbrel (West Coast Guide) or Rock Sandpiper and Dunlin (Alaska Guide). These could be ruled out by bill length and shape alone.  At this point, they left their COASST guide behind and relied on other field guides. Charlie, all the way from the middle of the Chukchi Sea, confirmed their identification- it’s a juvenile Sora. 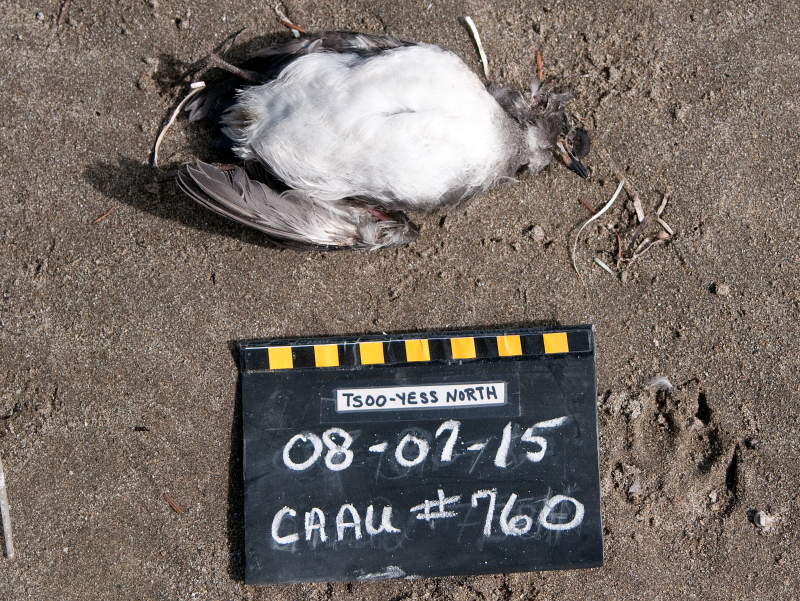 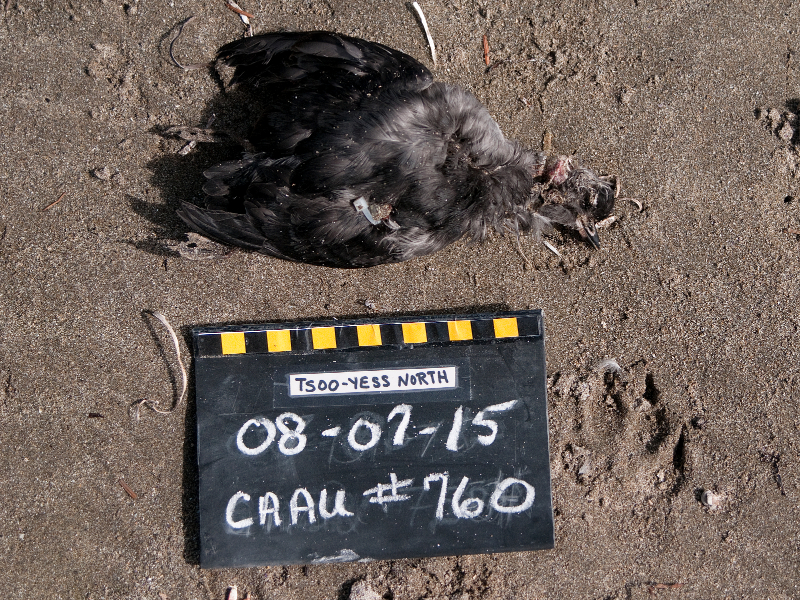 Further out toward the coast Ken and Mary found this bird on Tsoo-Yess North (WA).

In both the West Coast and Alaska Guides:

On AL1, wing chord is less than 15cm, so choose Small Alcid. Bill is dark with (pale) spot at base–Cassin’s Auklet. This one may be all too familiar for those of you on the outer west coast this winter. 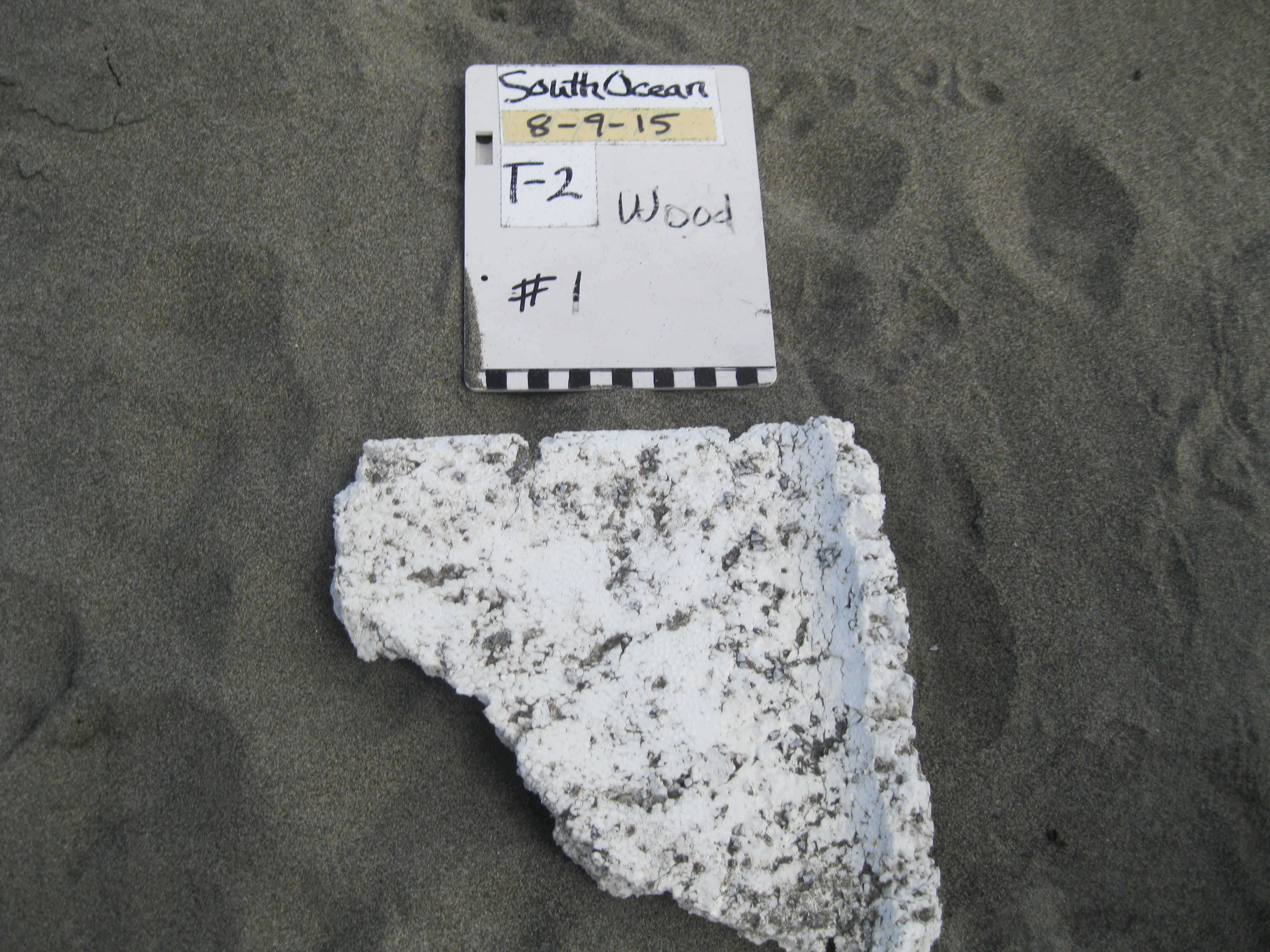 Can you spot the bird bite marks? Virginia and Jean found this example during their August marine debris survey of South Ocean Beach (WA). Take a closer look, then scroll down to see the marks that COASST identified. 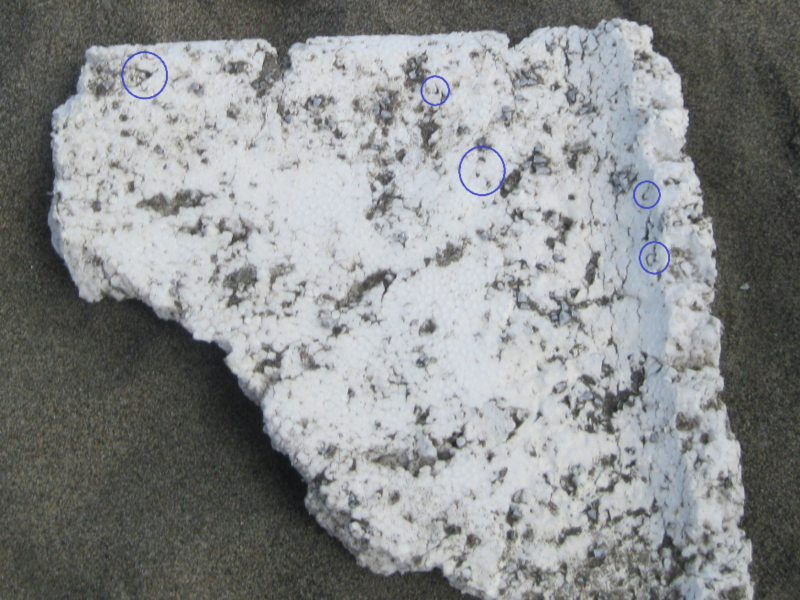 These blue circles show areas with puncture marks in the crescent shape of a bird’s bill, different from cracking, crumbling or weathering. 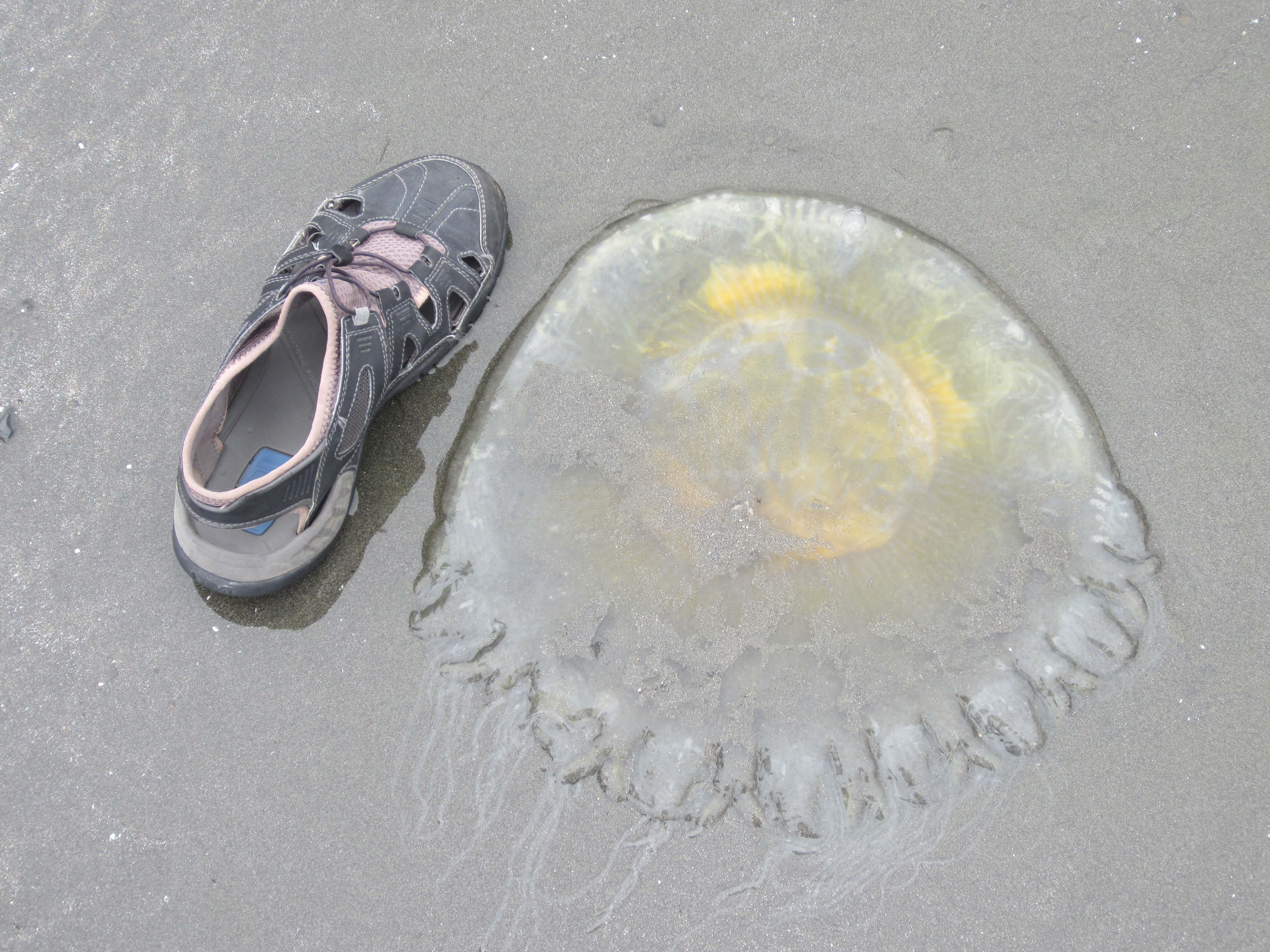 Take a look at this Fried Egg Jelly, found by Tina and Mark at Cape Sebastian (OR) in June. Also known as Egg Yolk Jellies, these jellies are commonly found in the open-ocean habitats off of the West Coast from California all the way up to the Gulf of Alaska.  They can grow up to two feet in diameter and their tentacles can grow to twenty feet long.  Sometimes other organisms ride along either on the subumbrella (underside) or exumbrella (aboral surface) of the jelly to catch extra food!