Greetings from Acadia National Park on the coast of Maine, where I’m spending a week at a citizen science workshop.  The beaches here are bouldery and small – kind of like a combination between Alaska and the San Juan Islands. The beaches of Maine – reminiscent of some parts of Southeast Alaska.

Don’t know that carcasses would last long here with no sand to grab onto them when the tide goes out.  And it does go out – there’s a 12 foot tidal range here.  Although I didn’t see any beached birds, I did get a gander at some live ones, Black Guillemots, Surf Scoters and Common Eiders bobbed just offshore of Schoodic Point, where I walked every day.  All in all, this coastline is wild and pristine. The workshop focused on documenting how citizen science can be used in natural resource management and decision-making.  Turns out that we’re not the only bunch of folks interested in creating baseline and monitoring change.  I met Jake Weltzin, of the National Phenology Network, and caught up with COASST Advisory Board member Tina Phillips from the Lab of Ornithology at Cornell.  We all worked together to craft a set of guidelines marrying attributes of the data collection with end use of program information.
For instance, if the end use is scientific monitoring, then aspects of data quality (like a standard method of data collection, and a method of verification) are preferred.  If the end use is as evidence in a court of law, then those same things are required.  Because COASST was started as a way to create a baseline against which oil spills can be assessed, we’ve attained the highest level of rigor.  In fact, we’re a model program others want to copy.
Stay tuned for the final document (it will be a paper in the journal Issues in Ecology) sometime next year.  Don’t know that it will be a page turner (!) but I’m betting it will make lots of folks in the natural resource management community think about how they might use citizen science.  And COASST will be one of the highlights. Nancy Messmer and Roy Norris, recipients of the 2013 National Marine Sanctuaries Volunteer of the Year Award.

Congratulations are in order to Nancy Messmer (and Roy Morris) who earned the National Marine Sanctuary Foundation’s Volunteer of the Year Award, to be celebrated on June 4, 2013 in Washington DC. This husband/wife team has cumulatively donated over 500 hours to Olympic Coast National Marine Sanctuary activities in 2012. Nancy, a COASST volunteer since 2010, has logged over 134 hours (not including travel!) on 74 surveys at four different beaches: Hobuck, Hoko West, Island View, and Sekiu River West. Sixty nine birds found – way to go Nancy and Roy!

COASST volunteers may think they’re the only people that pay attention to dead birds, but it turns out they’re not alone!

Recently our local NPR station, KUOW, profiled citizens collecting dead birds (with proper permit) from their backyard (and surrounds) for the Ornithology Collection at the Burke Museum. Each year, the collection receives about 500 birds from citizens (window strikes, vehicle strikes, cat kills etc). As a whole, the specimens (all 99,000 of them!) – archived as skins, outstretched wings, and tissue samples – provide a valuable resource to scientists.

Rob Faucett, Collections Manager, helps assist a variety of outreach and education projects, in addition to research. In the creation of Beached Birds-Alaska and more recently, the Wing Key, we’ve accessed the collection to answer our own questions – can you really tell Thick-billed and Common Murres apart by wing alone (answer: no). Can you separate a storm-petrel wing from a small alcid (answer: yes, the outermost primary is more than a feather’s width shorter than the next). And after hours of pouring over these birds, we can’t resist having a little fun (see below). 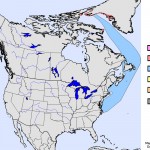 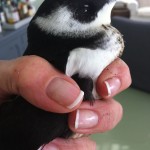 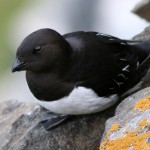 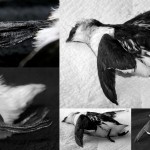 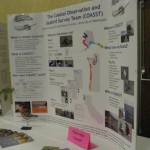 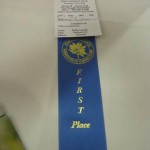 Way to go Kathy and COASST! 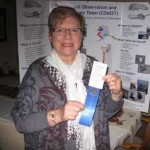 COASST volunteer Kathy Linnell didn’t know that she had entered a poster contest until she brought home the blue ribbon!

The Seabird Youth Network is an amazing partnership between schools, tribal government and the scientific community on the Pribilof Islands of Alaska. Their site profiles local seabirds and presents easy to follow lesson plans for teachers to use in the classroom. It looks like a lot of fun to me! Great job seabird youth network! 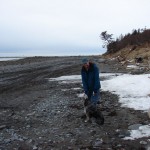 Even the snow can’t keep these two from enjoying their time together on a COASST survey. 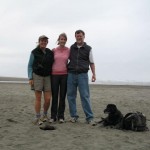 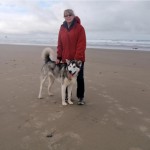 What a great looking pair! 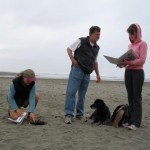 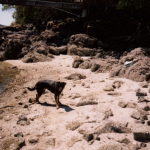 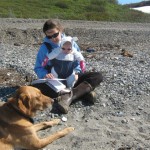 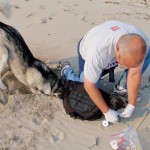 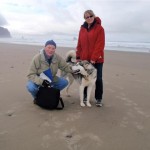 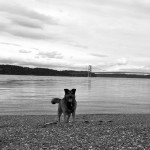 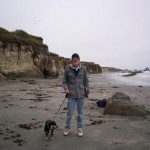 A dynamic duo that never misses a good bird find. 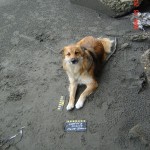 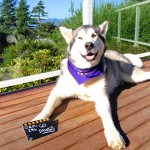 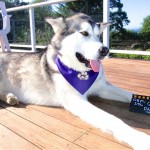 Another shot of Silver COASSTing!

COASST has been recognized in the citizen science edition of the online journal “Frontiers in Ecology and the Environment”.

Here is what they have to say about us:

Citizen science engages non-professionals in authentic scientific research, ranging from long-standing, large-scale projects like the Breeding Bird Survey to the more personalized research experiences offered by the Earthwatch Institute. The combination of historical data and assembly of a large, dispersed team of observers creates opportunities for ecological research at unprecedented spatial and temporal scales. Many ecologically based citizen-science projects collect important baseline data, which positions them to respond to crises such as the 2010 Deepwater Horizon oil spill in the Gulf of Mexico. Other projects routinely monitor mortality in a particular population or species, helping to identify threats to native species and to people (eg Coastal Observation and Seabird Survey Team [COASST]). Dispersed data collection and the ability to collect observations and connect with people, in places, and at scales that would otherwise not be possible, render citizen science increasingly important to environmental research.

Today, the internet and geographic information system-(GIS-) enabled web applications allow participants to collect large volumes of location-based ecological data and submit them electronically to centralized databases. The ubiquity of smartphones, the potential for digital photo validation of questionable observations (eg COASST; WebTable 1), and the development of infrastructure for creating simple online data-entry systems (eg www.citsci.org; Table 1) provide added potential for initiating projects quickly, inexpensively, and with stringent criteria to ensure data accuracy. These same web-based tools are democratizing project development, allowing for the creation of data-entry systems for community-based projects that arise out of local, practical issues or needs (eg Extreme Citizen Science; WebTable 1). Although we cannot currently assess the impact of this democratization for ecological research, such empowerment means that resource management decisions, and the data that drive them, are more likely to be in the hands of the people who will be affected by the outcomes.

Citizen Science gaining acceptance and credibility – check it out!