Thanks so much for all of your help during this busy time! We’re still seeing lots of “countless Cassin’s” surveys these last two weeks – from the Beached Bird Patterns section of the COASST website, Cassin’s Auklets rose from #11 to #3 in the last two months. This die-off continues to generate widespread media attention, including a recent article in National Geographic online.

COASST volunteers and federal partners at the U.S. Geological Survey, U.S. Fish and Wildlife Service, National Oceanic and Atmospheric Administration passed along another dead bird story circulating in the media: incidence of Avian Influenza in wild birds from California to Washington. It is important to note that the new strains detected along the West Coast affect the health of wild birds only, and according to the USGS press release, “there has been no evidence for H5 virus-related illness in humans.”  Still, COASST and federal partners recommend the following precautions when handling dead birds:
-Wear disposable or rubber gloves
-Minimize exposure of your hands to your face and nose by not eating, drinking or smoking on your COASST survey
-Wash hands often

For more information on Avian Influenza findings in the Pacific Flyway, see the USDA site.

Let’s take a look a what’s washed in lately: 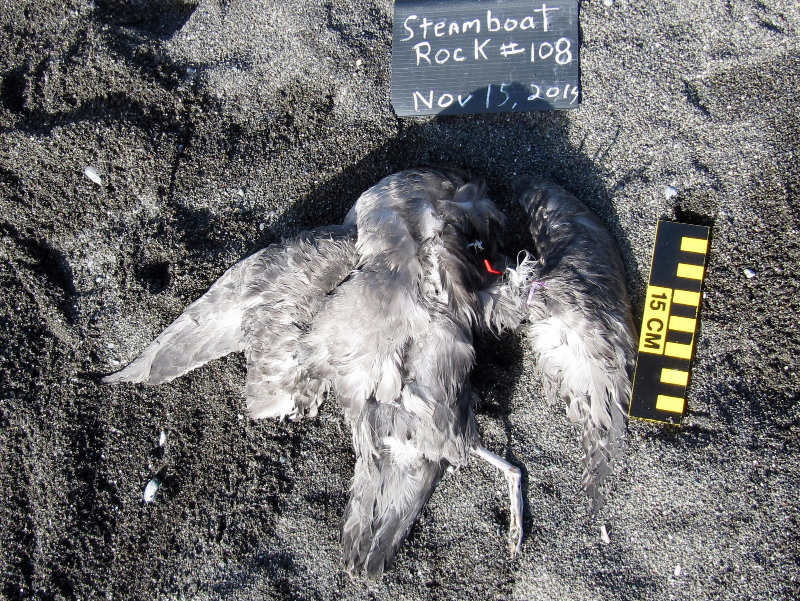 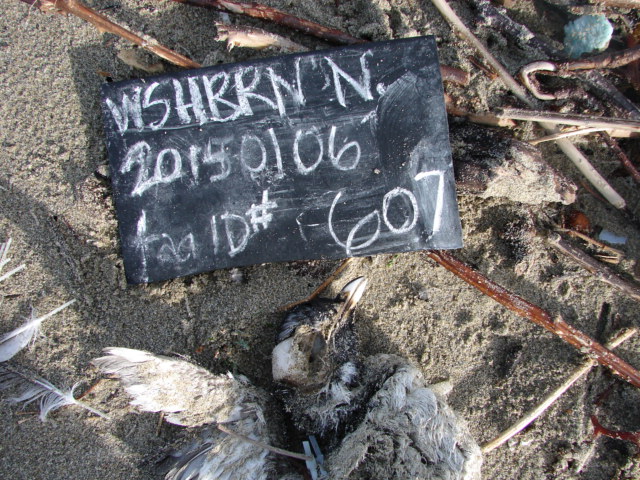 Alaska Wing Key (page 44)
Choose “dark, some species w/ white spots or edging” (Go to Q2)
Upperwing simply dark (go to Q5)
Underwing linings are white (go to Q6)
Based on the wing chord, this is an Ancient Murrelet

We’re seeing a few rare Alcids (Ancient Murrelet, Marbled Murrelet) mixed in with the Cassin’s Auklets. Remember: by about November, Common Murres have reached their full adult size, so in January there aren’t any juvenile Common Murres left – they’re all teenagers by now! 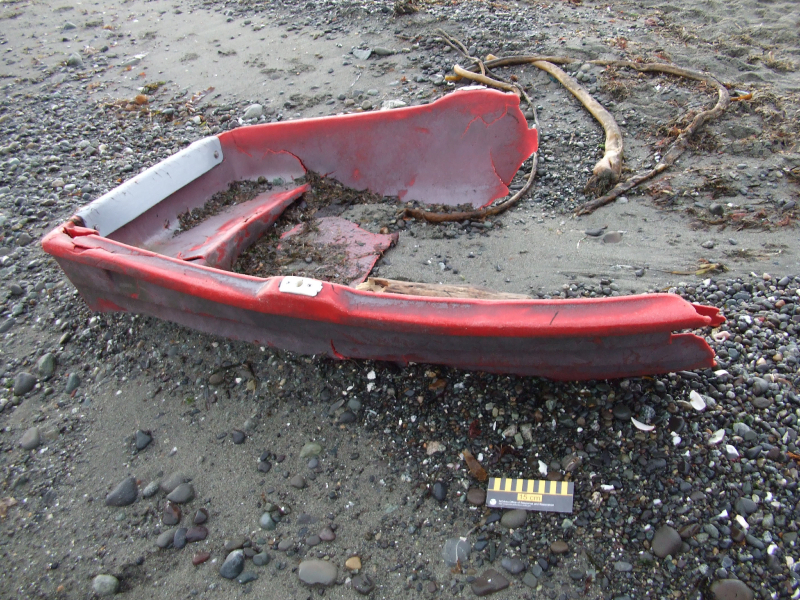 Sandy found this large piece of debris during her January bird survey at Port William Beach (WA) and noting that it was near a boat ramp, joked that it may be a failed boat launch.  For those of you in the Puget Sound, large debris items, creosote covered logs, and derelict vessels found can be reported to the WA DNR debris removal program. The rely on reports to prioritize removal actions and can be reached at 360-854-2808. 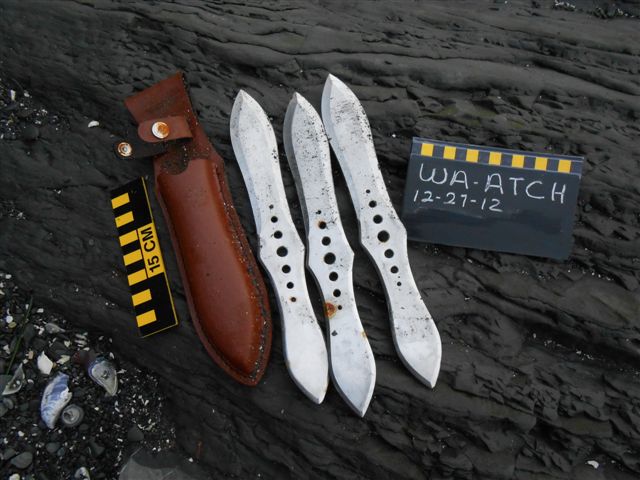 Marine debris intern Abby is working on a project using COASSTer marine debris photos. Her interest was piqued by this image taken by Sally at Wa-atch Beach (WA) in 2012. After some sleuthing, we discovered that they are competition throwing knives made by United Cutlery. They’ve made our list of “one of a kind” beach finds. 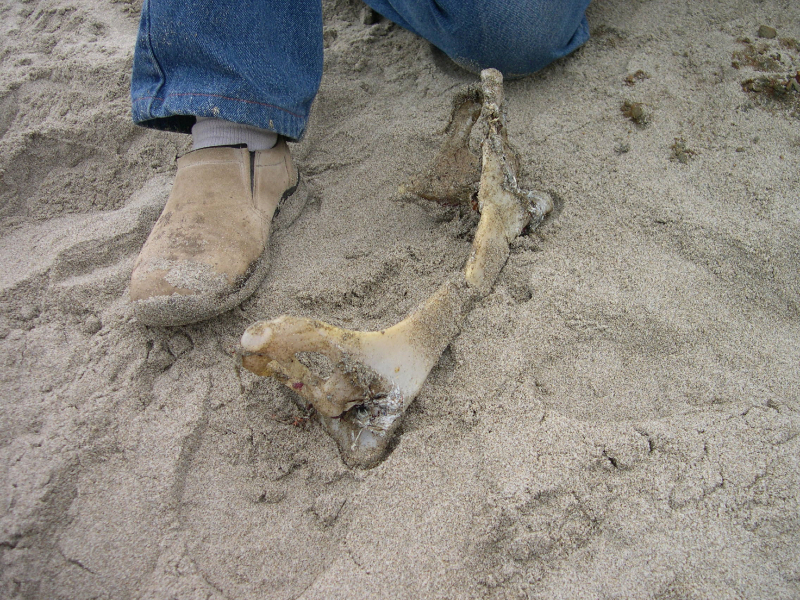 Linda and Bill found this interesting piece of cartilage at Virgin Creek (CA) a few months ago.  Although we aren’t sure what species it is from, according to Mike Etnier at the Burke Museum, it appears to be the pectoral girdle of a large cartilaginous fish – perhaps a shark or a large skate. Since cartilaginous fish don’t have swim bladders to help maintain their buoyancy in the water, they are constantly moving, even when they are sleeping.