Davidson (2008)’s article for Tuesday’s readings touched on a freedman’s town in Dallas. I had never heard of this town-within-a-town situation, so when I came across this article discussing a freedman town in Hampton, Virginia, where some 7000 freed man and women resided during the Civil War before Confederate forces burned the town down, I thought it somewhat serendipitous. 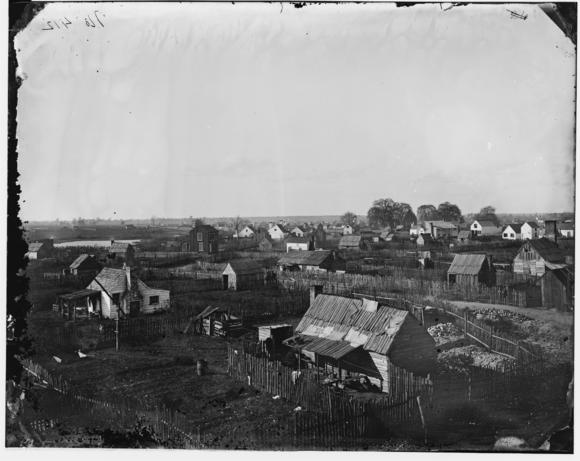 Note the style of houses shown in the photograph of the camp. Since the camp was burnt down, there may not be any substantial archaeological record of the house and associated structures for the archaeologists working at the site to find. I think this is a great instance in which historical documents of the camp can assist in archaeological interpretation, and give some context to the daily lives (and suffering) of the people who lived at this camp during a politically unstable and dangerous period.