1300 3rd Avenue, Seattle, WA is the site of a Pantages Theater that is no longer standing today. Alexander Pantages, the “king of vaudeville” commissioned Benjamin Marcus Priteca (23 years old at the time) to design and build the theater in 1915. Pantages liked Priteca’s work so much he hired him to create many more theaters and stage houses all across the Pacific Northwest.

Pantages was a beautiful theater designed with classical and Renaissance architecture. The building was lavishly ornamented, but also not as expensive as it was made to look. This was a unique theatre because it hosted traditional plays, vaudeville acts and also played moving pictures (films) with a live orchestra.

Historian Chris Skullerud lists eight name changes for this theater, beginning with New Pantages, Follies (1931), 3rd Avenue (1931), Rex (1935), Mayfair (1935), New Rex (1936), and Palomar (1936-1965). It was unclear if these name changes were due to a change in management, or if these were colloquial terms for the theatre because there were so many Alexander Pantages theaters in the area.
Alexander Pantages died in 1936 and since his death the theater had (somewhat) consistently been called Palomar. In the pictures below the theater is located on Third and University. The map from the 1920s calls the theater Pantages, while the 1930s map calls it Rex Theatre. 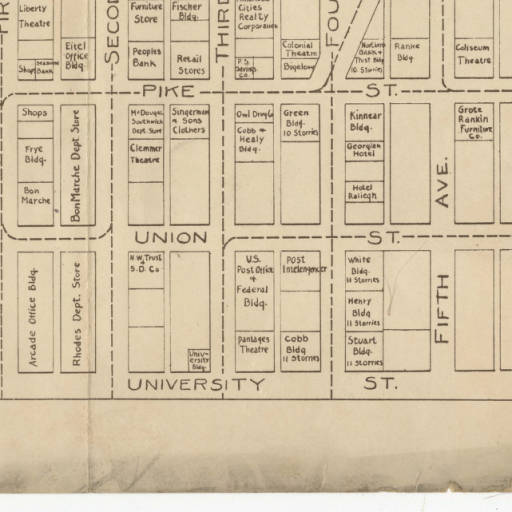 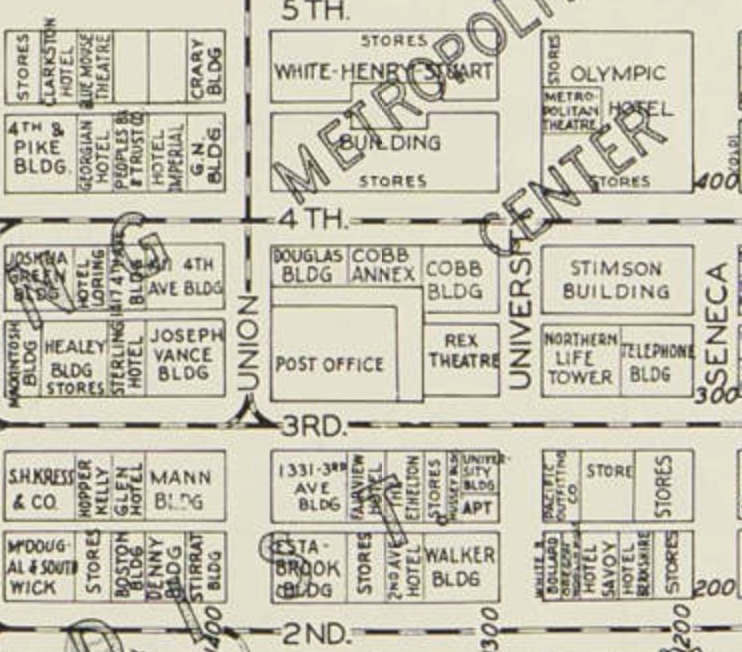 As of 1936 the Pantages was officially the Palomar theater. Palomar hosted a number of vaudeville acts and was one of last vaudeville playhouses up until the 1950s. Pantages also hosted African-American musicians such as Bobby Tucker and Sammy Davis Jr., Louis Armstrong, and Duke Ellington. The last public show was “Annie Get Your Gun” performed in April of 1965. The Palomar was gutted and demolished to create a parking garage that year. The parking garage is still standing at 1300 3rd Avenue, Seattle, WA today.